The newest campaign of IBM, "hack a hairdryer", which purpose it is to attract more women to the tech industry has gone very wrong and triggered a huge shitstorm on several social media platforms.

„Join the campaign to re-engineer misperceptions about women in tech, one inventive hack at a time. Get inspired and start your Hack-A-Hair Dryer project.“ (Saatkorn 2015) 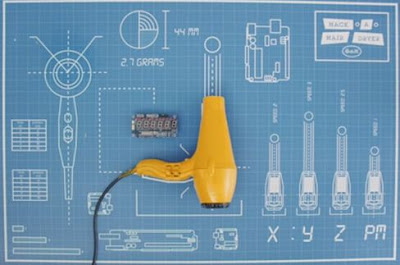 IBM's intend to attract more women to work in jobs were technical skills are needed and to change the perception of women in the tech industry is exemplary, but they failed horribly in the execution. For some reason IBM thought it was a good idea to let women modify their hairdryers and use them for scientific experiments. The association of women and hairdryers (and this being the only technical invention that women are interested in) is patronising and sexist, as some social media users argue that nobody would ever make a similar campaign asking men to modify their electric shaver.

The shitstorm grew so big that IBM had to apologize on social media and pulled back their campaign by deleting the video and all related entries of IBM on Twitter and Facebook. (t3n 2015)

Nevertheless the video can still be seen on the Youtube channel of Adafruit Industries: